Useful or not, from you.
sgin in
BizHawk [N64] Ocarina of Time Glitched Subscreen / Inventory 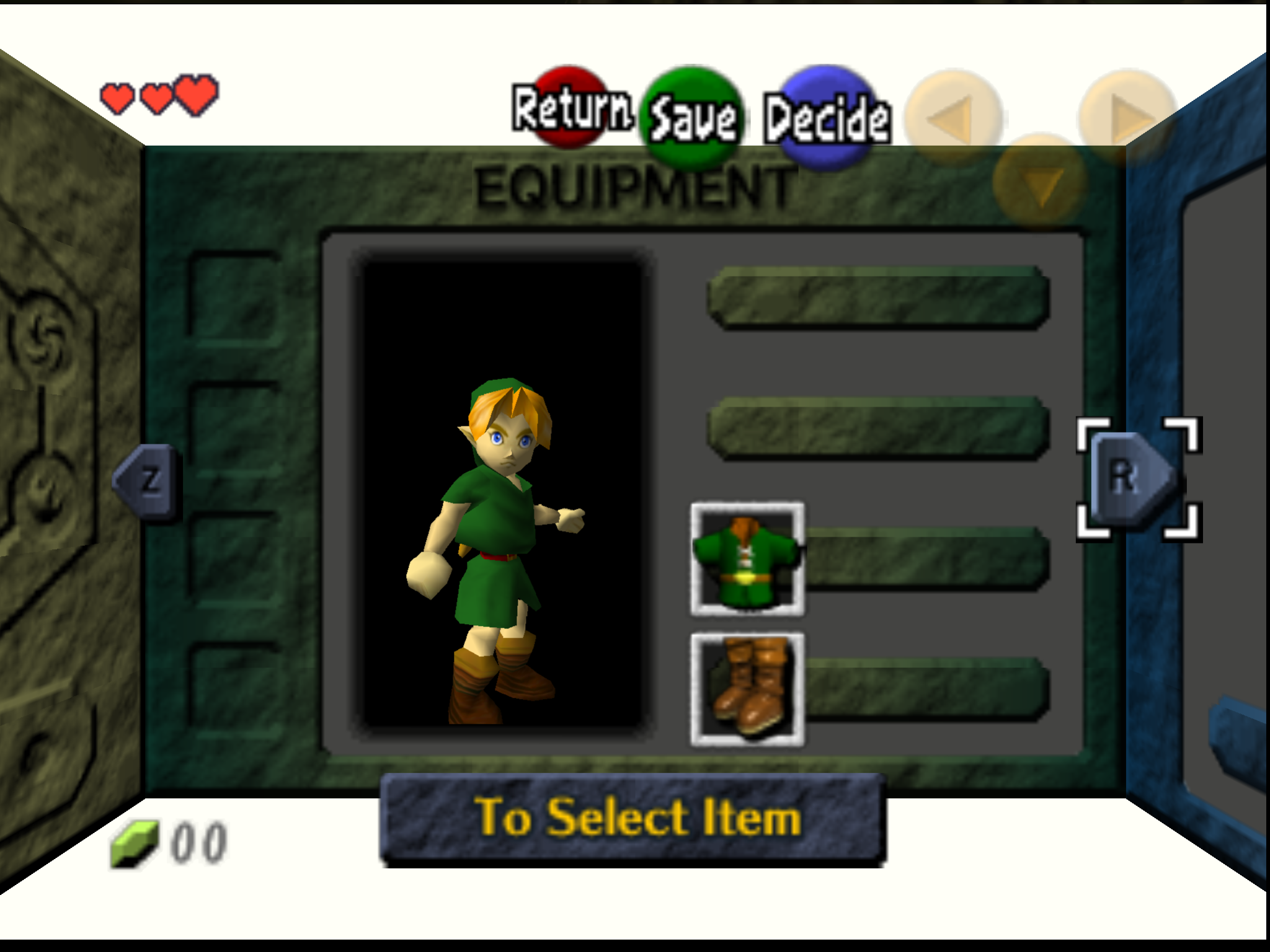 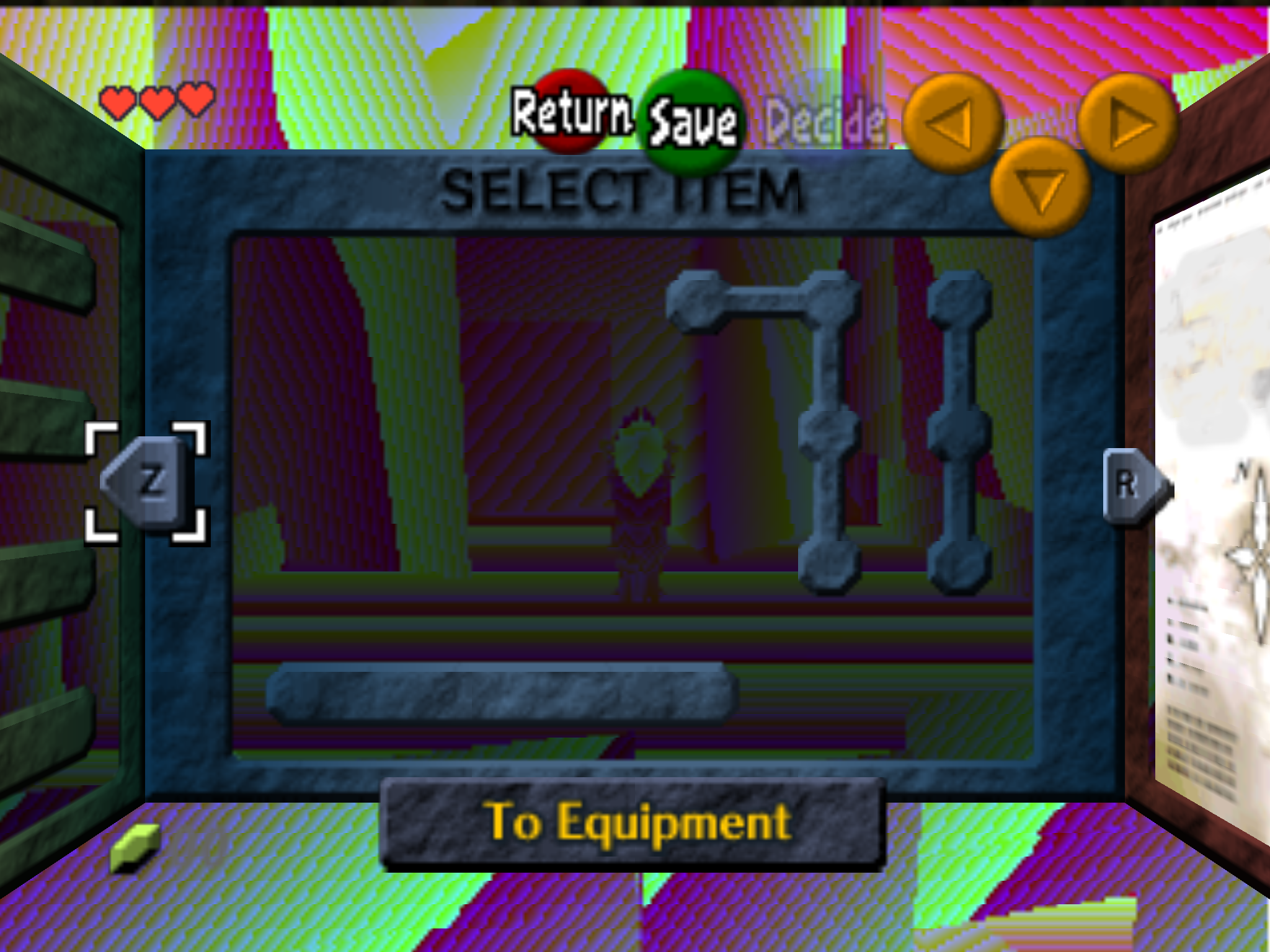 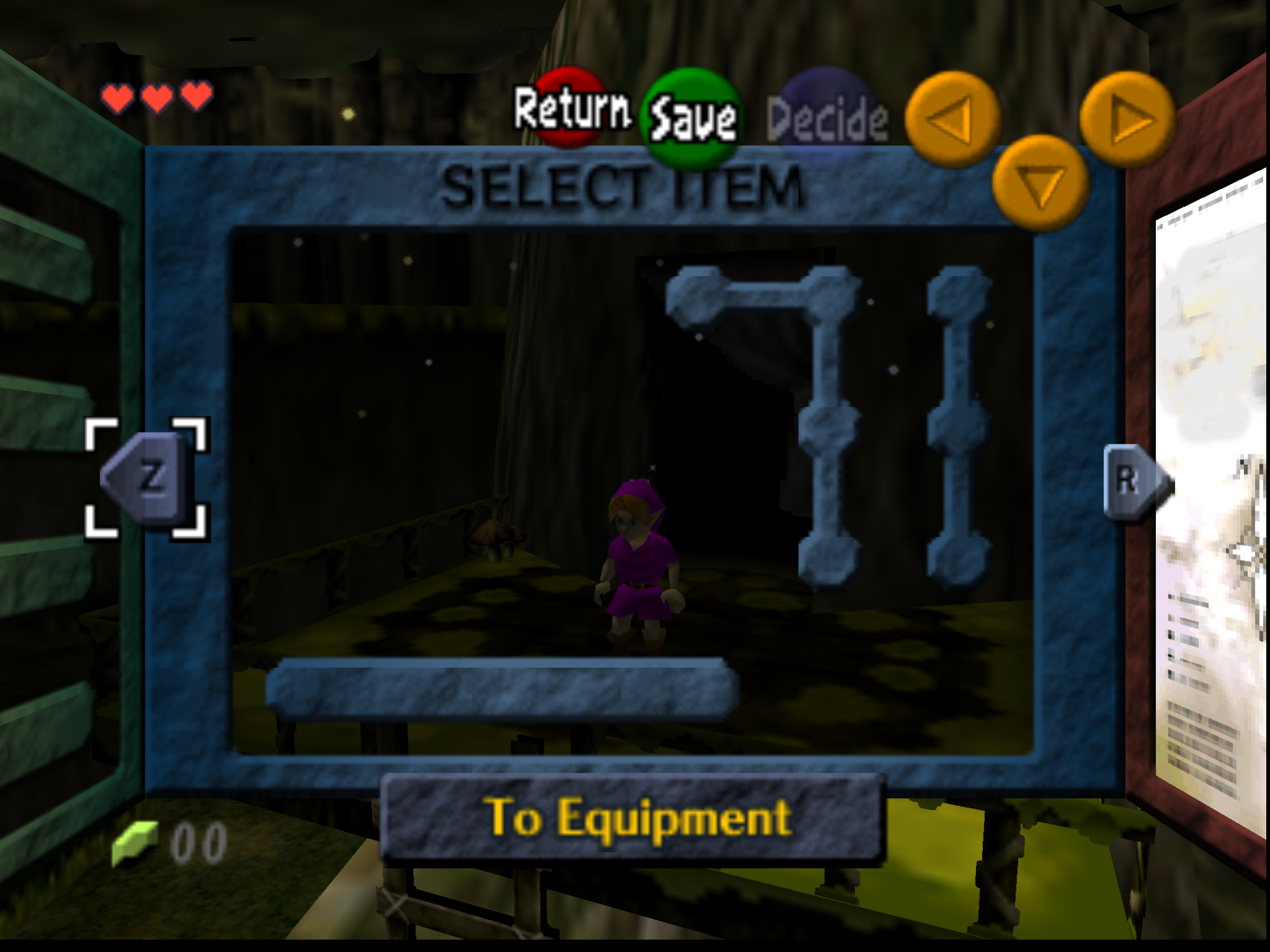 I was going to report this too, lucky I searched first. My own observation is it's some GlideN64 configuration being loaded from a internal database for recognized ROM's and there's no way in the Bizhawk UI to override the behaviour.

I think the plugin lets you override game specific configurations if you use the plugin's UI instead of whatever Bizhawk does for a UI. At least in PJ64 I believe you can override GlideN64's game database when configuring the plugin (and you get tooltips for all the options too!).